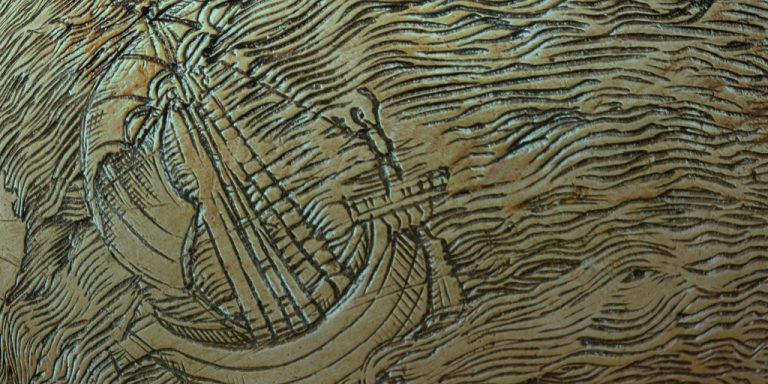 The Digital Scholarship Lab collaborated with the Lazarus Project to produce a 3D model of the New York Public Library’s Hunt-Lenox Globe, which dates from ca. 1510. Considering the size of the globe–it is only 5 inches in diameter–the 3D model not only facilitates access to the historic object but it also allows viewers to explore details of the globe otherwise hidden by its size and the bronze armillary sphere that contains it.

The Lazarus Project has recently imaged the Globus Jagellonicus from the Jagiellonian University Museum in Krakow, of which the DSL has also produced a 3D model, and is planning to image the Erdapfel from the Germanic Museum in Nuremberg. Ultimately this will result in 3D representations of all three of the world’s oldest known terrestrial globes.

As a means of providing access to these artifacts, the DSL is expanding upon the 3D viewer originally built for the Ward Project to add features such as VR capability and annotations. The goal is to produce a presentation platform designed for 3D representations of cultural heritage objects that allows for virtual “guided exhibits” of the objects as well as independent exploration. The expanding toolset is designed to provide domain experts with the ability to uncover surface information about an object and disseminate their findings to a wider audience.

Features of the 3D Viewer

Dynamic lighting tools to highlight areas on the object

Lighting options on the 3D viewer reveal details not readily apparent on the original.