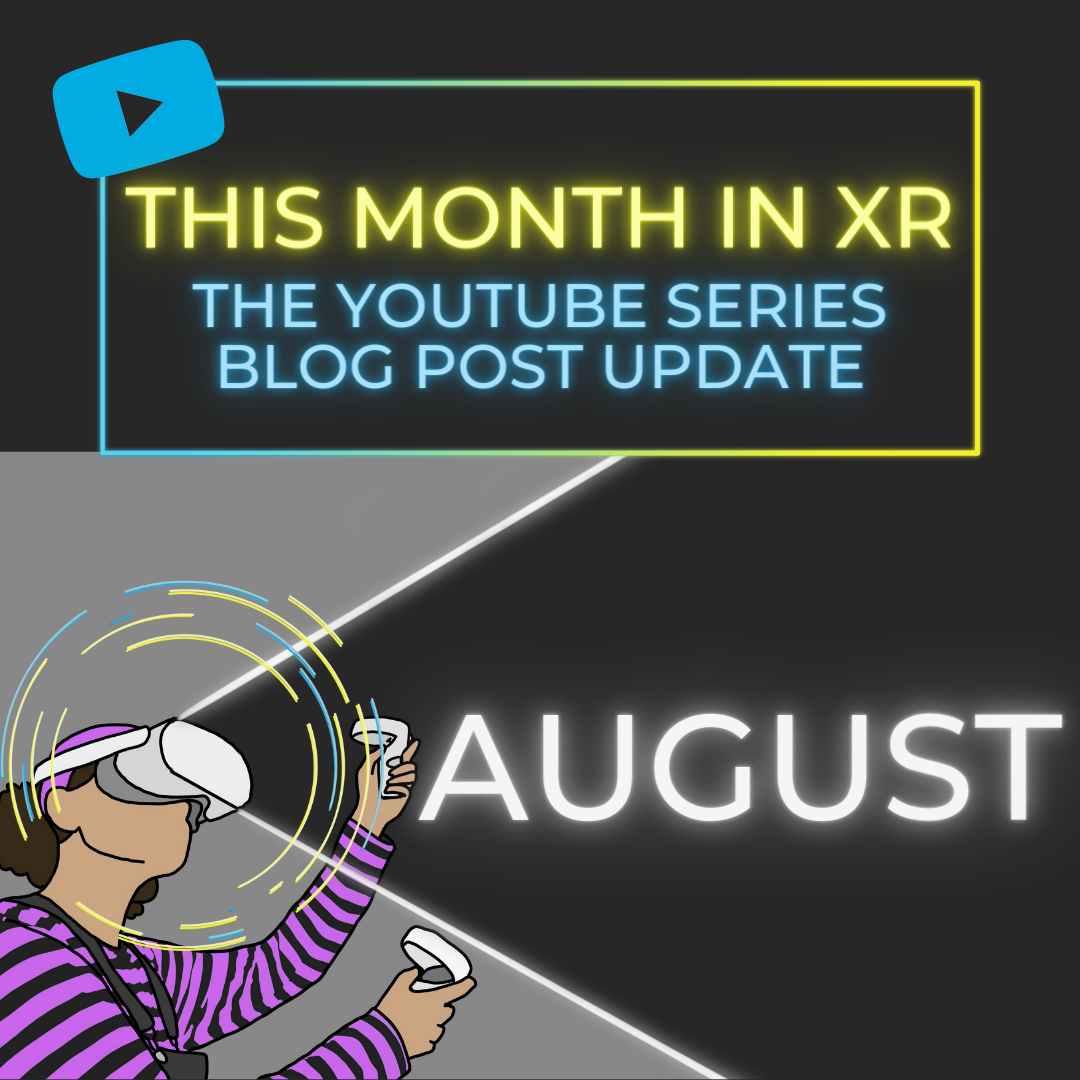 When you put yourself into a VR headset, you are separating yourself from the world around you. Those around you no longer know who or what you are looking at. Facebook took initiative from this problem and is now in the process of creating their all-new “Reverse Passthrough” VR prototype that would allow people to see the users’ eyes while they are in the headset. By making use of light-field displays mounted on the outside of a VR headset, the system aims to show a representation of the users’ eyes that is both depth and direction accurate.

An additional article by facebook is linked below for more detail about their research. https://research.fb.com/blog/2021/08/display-systems-research-reverse-passthrough-vr/

As of right now, this is all still very experimental and there is no word on a release date.

Niantic announced that they acquired Scaniverse, an app for iPhones and iPads that can scan objects and environments in high-resolution 3D. The app will not be removed from the App Store and will continue to function as a standalone app. Niantic removed the yearly subscription feature to make some of the features, such as higher-resolution processing and exporting models to 3D software free.

When the HTC Vive was initially released, motion capture trackers only existed in the controllers to capture basic hand movements, as is standard in most VR headsets. In March of 2021, they released the third edition of the Vive Tracker ecosystem and the Vive Facial Tracker. The film industry has been looking at and using these technologies for their production, as the trackers can be placed to hands, feet, and the waist to fully encapsulate the range of human motion. Another fun usage of the Technology was by the newly created International Dance Association, the first-ever VR Dance community, who use the technology to hold dance battles in VR Chat.

The concept of virtual Taekwondo was introduced several months ago, using Singapore-based tech company Refract Technologies’ full-body motion capture system AXIS. AXIS Stands for Active XR Interface System. On August 18th, the Company launched an official Kickstarter campaign for its wireless full-body controller. The technology is so realistic that it even gained the attention of the World Taekwondo Federation who is now working alongside the company to organize an official virtual sports program.

INSIDE FACEBOOK’S METAVERSE FOR WORK
Link to Orignal Article

Facebook is in the process of creating a new app for the Oculus Quest called Horizon Workrooms. Its features allow up to 16 people in VR and 34 people over video call to interact in the same space. A desktop companion app can allow you to share your computer screen while you are in VR and allow it to appear in the Virtual Space. A concern states that some of the processes are clunky, such as getting into the workroom, and even some of its features like the whiteboard and personal drawing pad. Workrooms is still under development, however, so keep a lookout for it on the Horizon.

Studio X, the University of Rochester’s Hub for Extended Reality Technology will be opening later this month! The space will be located on the first floor of Carlson Library. Studio X will foster a community of cross-disciplinary collaboration, exploration, and peer-to-peer learning that lowers barriers to entry, inspires experimentation, and drives innovative research and teaching in immersive technologies.

Once the space opens, students will have access to a wide range of XR technologies such as the Oculus Quest 2, Microsoft HoloLens, 360 Cameras, 360 Audio Recorders, High-end computers, and more. Most of the technologies the space has to offer can either be used in the space or rented out for several days at a time. In addition to technologies, we will also begin running a variety of workshops to teach the University community about XR technologies. These workshops will include things like an Introduction to XR as a whole, Intro to Blender, Intro to Unity, and more to help people get started on their innovative journeys.