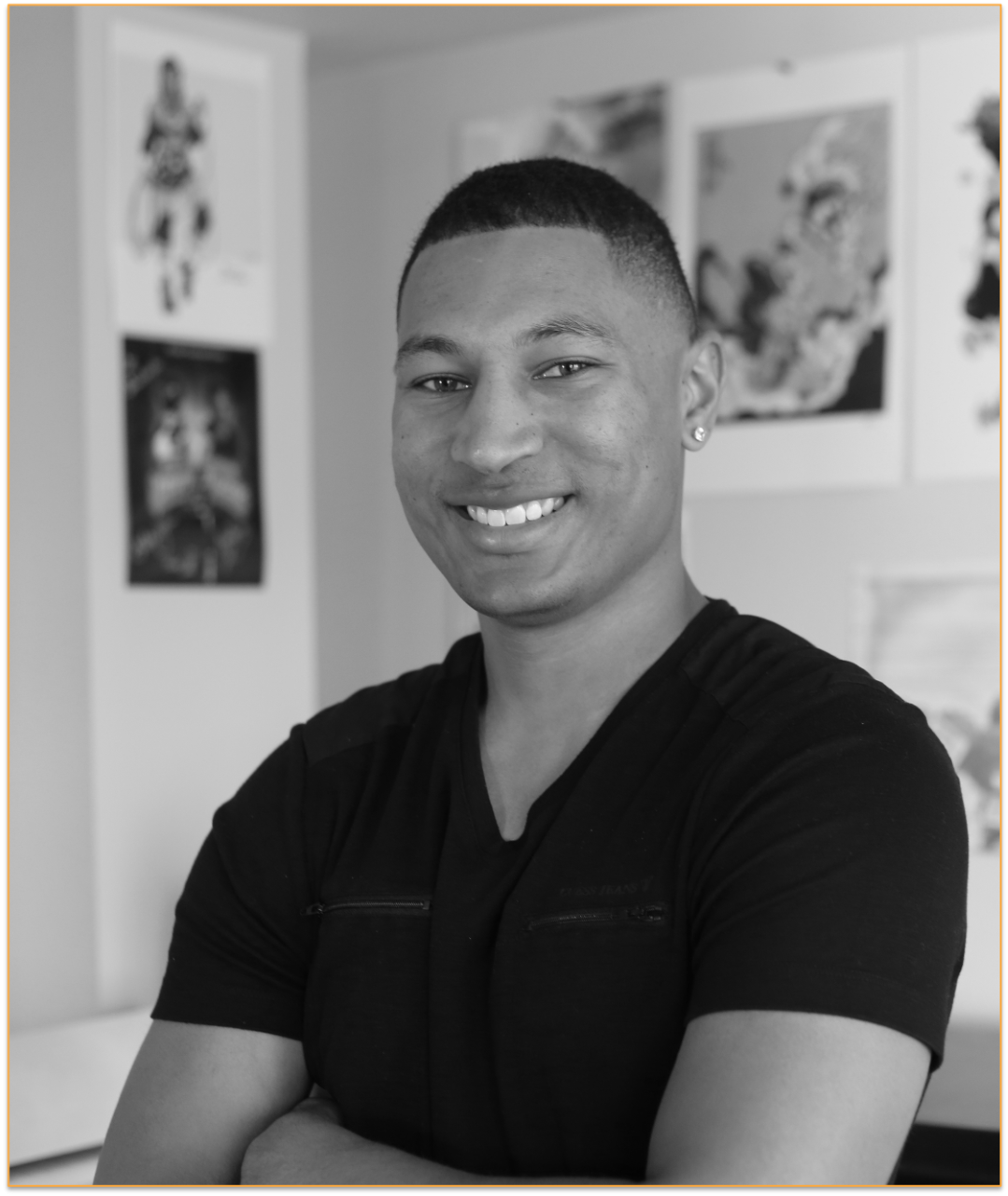 Born and raised in Sacramento, CA, Steven Christian (he/him/his), grew up playing sports, spanning football, basketball, and baseball. His excellence in football earned him a scholarship to the University of Hawaii. During his college career, he injured his hips and had to get bilateral hip reconstructive surgery. During his recovery, he began to explore art, comics, and developing content for mobile devices.

His exploration of artistic development became an avenue of self-expression as well as therapy. Although he returned to the field after surgery, he understood that his time as an athlete would not last forever. Earning a Master of Arts from Oregon State, he focused on visual representation of social justice issues through an interdisciplinary approach, primarily with animation and illustration.

Steve uses his variety of skills to give back to his community because fostering a strong community is of the utmost importance to him. He works with various non profit organizations that serve underserved communities from Portland to Seattle, and he works as a teaching artist and mentor for Portland Public Schools and Portland Community College. He works with students to inspire them to think beyond stereotypes.

This path has led him into the augmented reality space where he is empowering Black communities to express themselves through creativity, art, and technology. As a visual artist, Steven aims to create content that reflects his environment and inspires and promotes creativity. He founded Iltopia Studios, a creative studio to scale his artmaking into a platform that empowers people from his community to push beyond what is expected of them. Emerging technologies have a notorious record for evolving without including Black and Brown communities. That has social and economic consequences that negatively impact their career opportunities. With Iltopia Studios, Steven’s goal is to disrupt that by lowering the bar of entry into this space. He creates revolutionary and impactful work at the intersections of culture, creativity, and technology. He then builds curriculum from those projects to educate and train the next generation of Black and Brown creators.

Steven lives by the motto: “Create and Conquer!” which means creating opportunities that overcome stereotypes and conquers adversity. Steven wants to do that for Black creators in the arts and tech industry. He believes that scaling Iltopia can provide additional opportunities for Black creators to work and build their skills. By creating projects like Eyelnd Feevr and expanding on the already built world, Iltopia has the potential to compete with other studios for a share of the emerging technology market, and also be uniquely positioned as a leader in culturally relevant storytelling. In addition to those pursuits, Steven is also pursuing enrolling in Medical School. He hopes to integrate his creative and technical skills into his work as a physician to combat health disparities in marginalized communities.

This series is generously supported by the National Science Foundation (NSF) Research Traineeship (NRT) program as part of the Interdisciplinary Graduate Training in the Science, Technology, and Applications of Augmented and Virtual Reality at the University of Rochester (#1922591).

Voices of XR is a Studio X speaker series, presented in collaboration with the Goergen Institute for Data Science. Speakers are scholars, artists, and extended reality professionals who discuss their work with immersive technologies across disciplines and industries. All talks are free and open to the general public. See the full spring 2021 series.