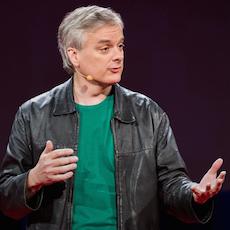 “From the Matrix to the Metaverse”

David Chalmers is a leading philosopher of consciousness and philosophy of the mind. He is Professor of Philosophy and Neural Science at New York University. He is the Co-Director of the Center for Mind, Brain, and Consciousness. He is also Honorary Professor of Philosophy at the Australian National University and Co-Director of the PhilPapers Foundation. He studies the foundations of cognitive science, physics, and technology, as well as philosophy of language, metaphysics, and epistemology, and many other areas.

He will discuss his new book, Reality+, which focuses on the philosophical implications of virtual and augmented reality. He argues that virtual worlds are not second-class worlds and that we can live a meaningful life in virtual reality.

The Voices of XR speaker series  is made possible by Kathy McMorran Murray and the National Science Foundation (NSF) Research Traineeship (NRT) program as part of the Interdisciplinary Graduate Training in the Science, Technology, and Applications of Augmented and Virtual Reality at the University of Rochester (#1922591).

Where: In person in Studio X & Virtual on Zoom
When: Wednesday, April 6th from 12 to 1pm EST
Register: bit.ly/VoXRDavidChalmers

Event recording available for UR faculty, students, and staff with NetID and password: bit.ly/XRDavidChalmers

Voices of XR is a Studio X speaker series. Speakers are scholars, artists, and extended reality professionals who discuss their work with immersive technologies across disciplines and industries. All talks are free and open to the general public.